Work is progressing on the 3 bridges being rebuilt by MODOT. They're about a third of the way done and they are trying to keep the traffic impacts to a minimum.
Details are available from MODOT but in additional to the new bridges, the plan includes a new "dogbone" at Rangeline and I-70 to ease traffic and two traffic circles on either side of I-70 at West Blvd. (one on the north will be relocated and new one constructed on the south). Both will be landscaped to provide a more attractive gateway onto The Loop.
We also worked closely with MODOT and ESS to redesign the I-70 bridge project to be more accessible for pedestrians and cyclists who want to cross I-70. The sidewalk on Garth will be improved, bike and pedestrian access through the dogbone and the traffic circles will be smoother, and a new crosswalk on the west end near Sexton will allow people to safely cross Business Loop. 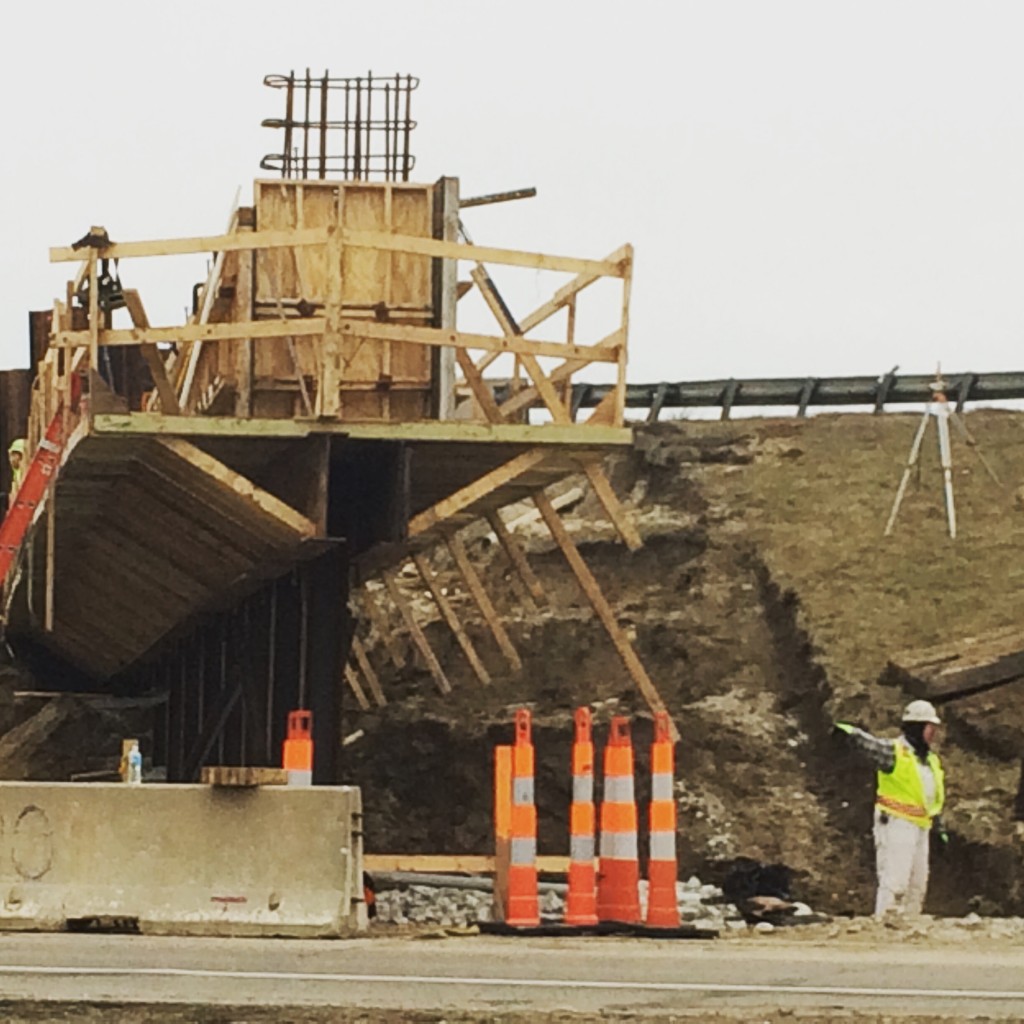 Interested in seeing how it's coming but less interested in standing out in the cold? Check out their webcams!
I-70 and Garth
I-70 and West/Creasy Springs
I-70 and Rangeline